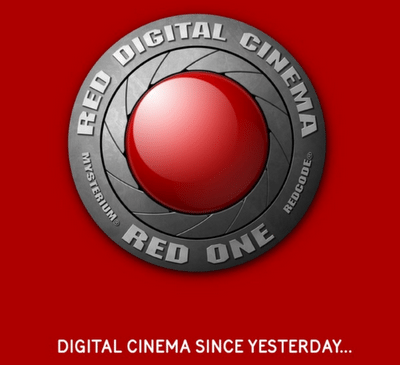 Does RED ever stop and think…..for that matter do RED users ever stop and think. I just came back from NAB in Las Vegas and as usual RED Camera had it’s stupid red tent there. I love how these guys make you feel like you’re an outsider, unless you’re allowed in their booth. They’ve got a couple of gorilla like guys standing at the front playing “bouncer” and you have to line up to get in to their booth…..Helllllooooo people……you’re at a F*cking Trade show. This is not the late night club in the cool part of town. Anyways enough of their booth, on to the camera’s and well, the gullible users.

Remember the promise of RED ONE — “rendering obsolescence obsolete” — well all you RED ONE users are about to get trampled by the EPIC. You see RED boys and girls haven’t even finished beta testing the RED ONE yet and they are already talking about their next camera, the EPIC. I always wonder when a company ups the resolution by 1MP (EPIC is 5 MP) and suddenly ups the price by 2.5 times. Yep, the EPIC is gonna cost you 40K next year. Now is it just me or is technology not supposed to get cheaper as time goes on. NOT in RED LAND…….

And if you’re one of the suckers who bought the RED “Beta” Cam you can trade it in for 17K towards yet another Beta Camera. RED has truly rendered obsolescence obsolete……NOT.