You kinda knew this was going to happen sooner or later. Canon 5D MKII came out a couple of years ago, set the budget DCinema market on it’s head and caught the traditional ENG/Video guys (Sony/Panasonic) totally off-guard. Well I think Panasonic — for now, until Sony comes out with their NEX-VG10 Camera — is sending a couple of grenades into Canon’s camp with the “final” release of their AG-AF100 Memory Card Camera Recorder (MCCR? WTF?). Anyways, this little beastie is neat and can be had for a mere $6000. Not bad for a Pro level camera that can do everything from ENG style shooting to Mid-range DCinema shoots to MFTV movies/series. I think Panasonic might have another hit — like HVX200 — on their hands. Just the sheer fact that using readily available micro 4/3 to m42 mount adapters would give a young cinematographer access to kick-ass glass for cheap (search ebay for m42 lenses and you’ll see) or the fact that they too could start using the newisch Voigtländer 25mm f/0.95 for MicroFourThirds and create their own Barry Lyndon type effects/shots is fantastic news. 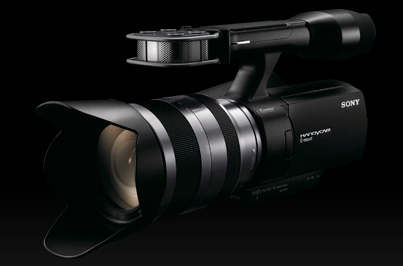 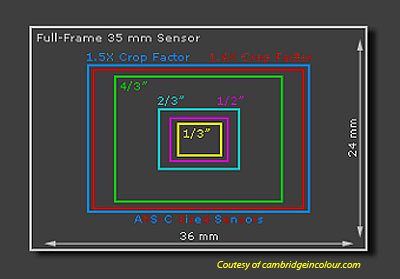 Although it all seems rosy for now, there is always the Sony factor as well. They’ve got the bigger, 35mm crop sensor, in their NEX-VG10 (28x22mm for sony vs. 17.1x13mm for pani) which translates into more DOF, smoother bokeh and such….but then again I’d be a happy camper with a f0.95 lens too :-). The AF100 incorporates a 4/3-inch, 16:9 MOS imager. The camcorder records 1080/60i, 50i, 30p, 25p and 24p (native) and 720/60p, 50p, 30p, 25p and 24p (native) in AVCHD’s highest-quality PH mode (maximum 24Mbps). The AF100 maximizes the potential of its high-resolution imager with built-in ND filtering and dramatically reduced video aliasing. Standard professional interfaces include HD-SDI out, HDMI, time code recording, built-in stereo microphone and USB 2.0. The AF100 features two XLR inputs with +48V Phantom Power capability, 48-kHz/16-bit two-channel digital audio recording and supports LPCM/Dolby-AC3. With two SDXC slots, the AF100 can record up to 12 hours on two 64GB SDXC cards in PH mode. Interesting times ahead…..