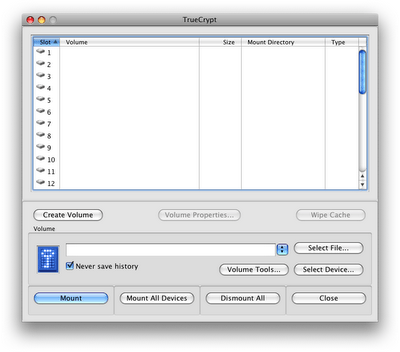 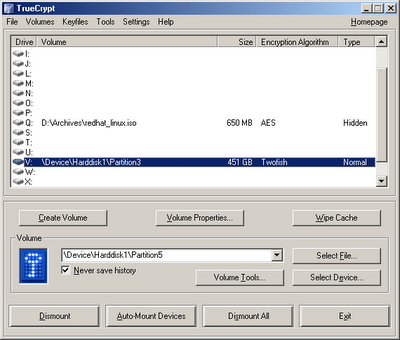 TrueCrypt has finally released version 5.0 of it’s fantastic File/Volume/Disk encryption software and with that introduced the Mac World to “True” Encryption. Now I know all OSX junkies out there are trying to point out that OSX comes with FileVault (for free), but FileVault only encrypts the users home directory….that’s all. TrueCrypt gives you a lot more flexabilities than FileVault (and BitLocker under Vista). TrueCrypt (atleast under OSX) is implemented as a MacFUSE module (more info on MacFUSE here and here).

So stop reading, click here and grab yourself a copy.